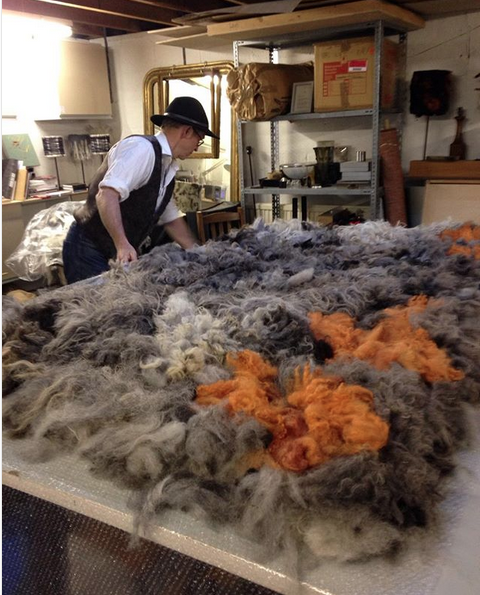 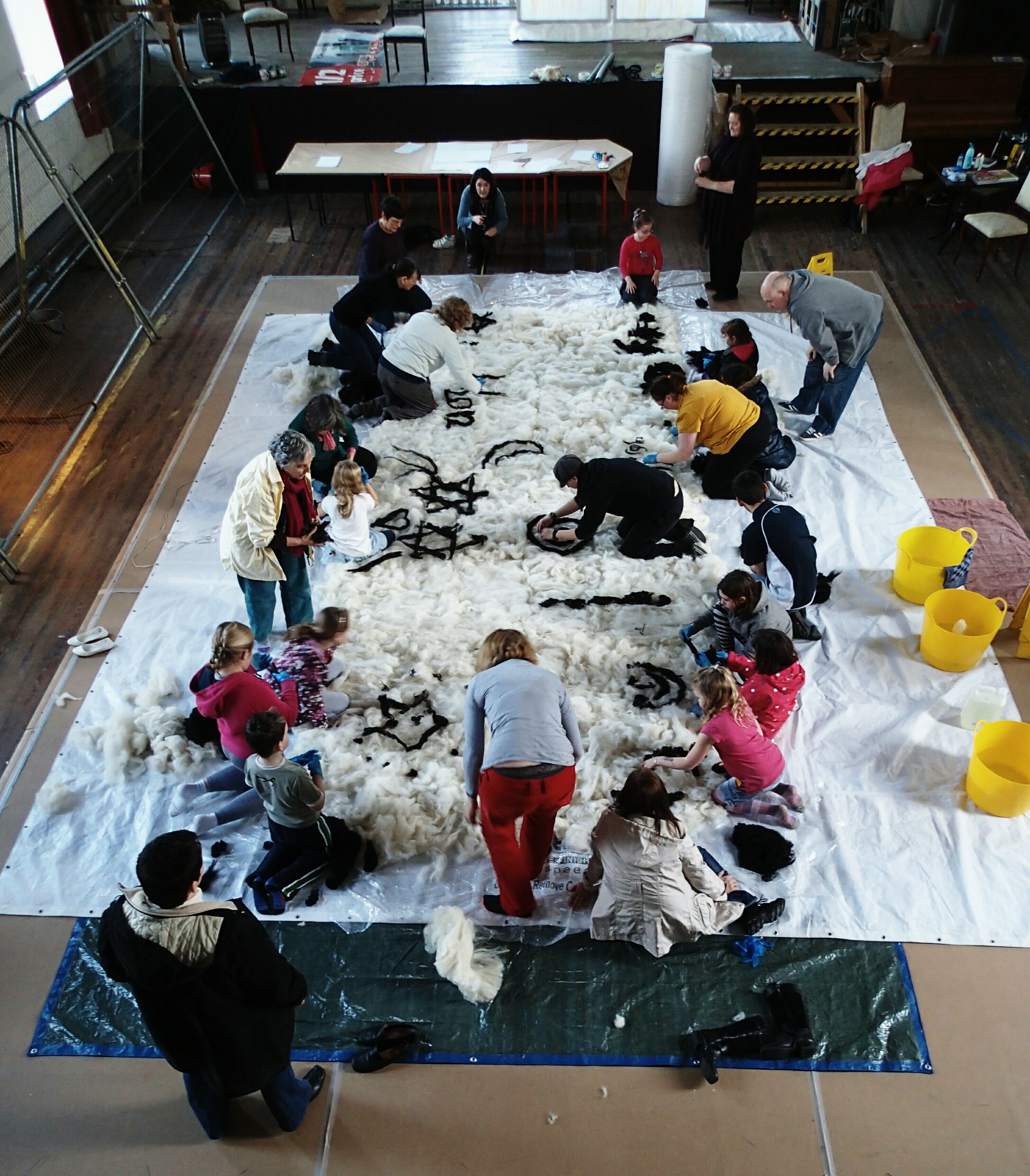 Pieter van der Werf is a Dutch textile designer & visual artist based on the West Coast of Scotland.Working under the name Orains (Gaelic for the color orange) he designs & makes large-scale textile art - single pieces up to 5 m2 - with local Scottish sheep wool he sources direct from the farmers close to his studio in Colintraive.Old felting techniques are applied to create contemporary wall pieces, rugs and fabrics, the latter being used in light fixtures and shades using the latest LED technology.He's interested in different sheep breeds, different wool fibres, different ways of handling these and the different way natural dyes ‘cling’ to the fibre.His work is informed and heavily influenced by the land we live on, by the sheep that graze the hill-farms, by the farmers who make a living rearing the sheep. Socio-economic factors play an important role in his practice.The ‘making of’ of the products is unique in Scotland because Pieter owns the process on this scale; he considers the whole process a craft in itself.His work is available through interior designers.