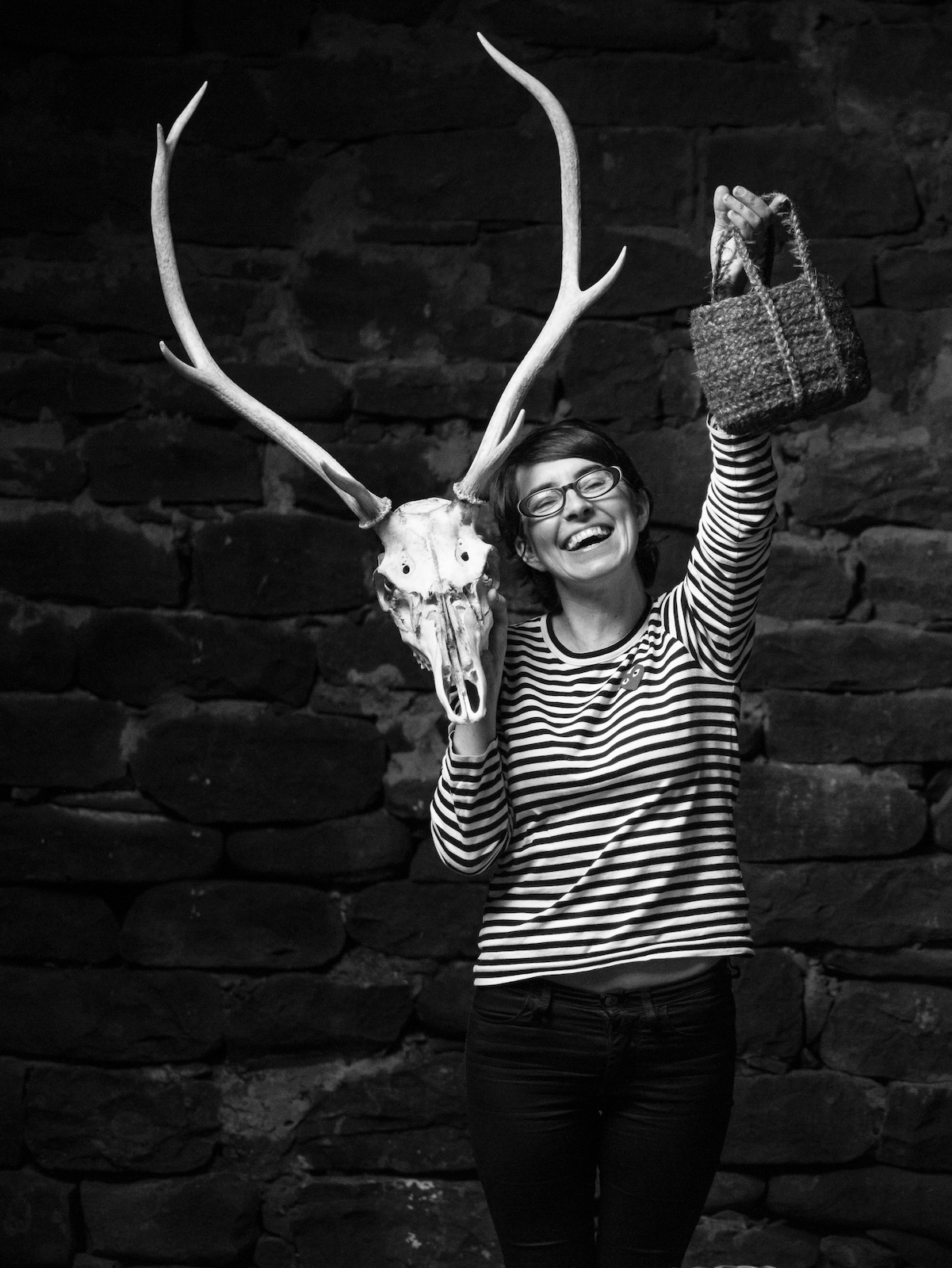 Sarah Paramor uses heritage basketry skills to create contemporary basketry for exhibition and for the catwalk.

Sarah has plaited hairmoss to resemble tweed on one side and AstroTurf on the other, though she is just as likely to work with corsetry boning and elastic, or with maps or tape measures...

In 2021 Sarah has work in "Rock, Paper, Scissors", Houghton Hall, Norfolk (until 26 September) + "Meet, Make Collaborate", currently at The Barn (thebarnarts.co.uk) near Aberdeen (until 6 November).

In 2016 “Variations on a Flamingo”, tiny coiled baskets, were selected for the “Inspired By” exhibition of work inspired by pieces in the V&A collection.

Sarah trained on the two-year City Lit Basketry course in London, and continues to learn heritage skills from traditional basketmakers. In 2019 she was a Craft Scotland Emerging Maker and in 2019/21 on Applied Arts Scotland's "Shift Canada" programme. She lives and works in Applecross on the west coast of Scotland.