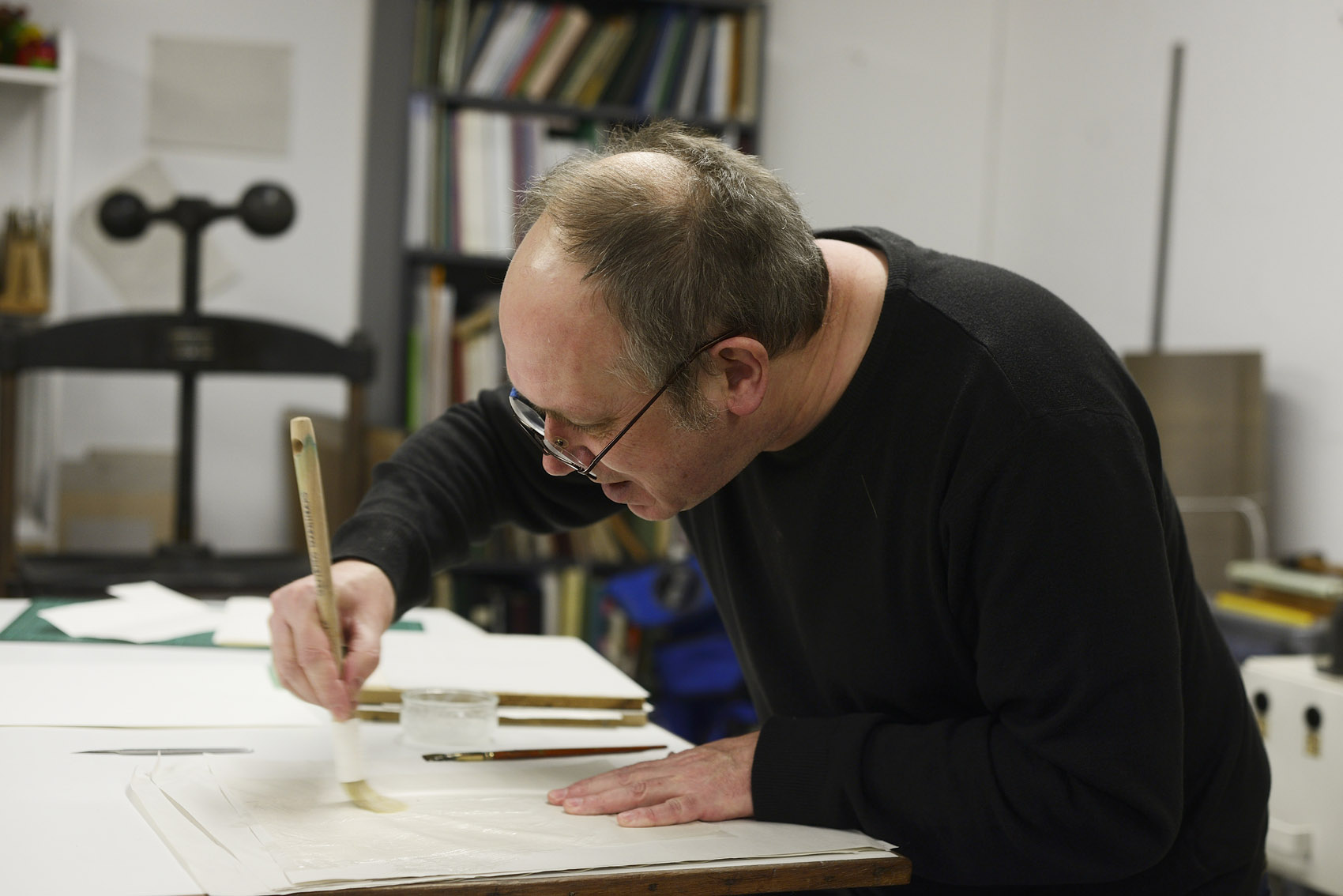 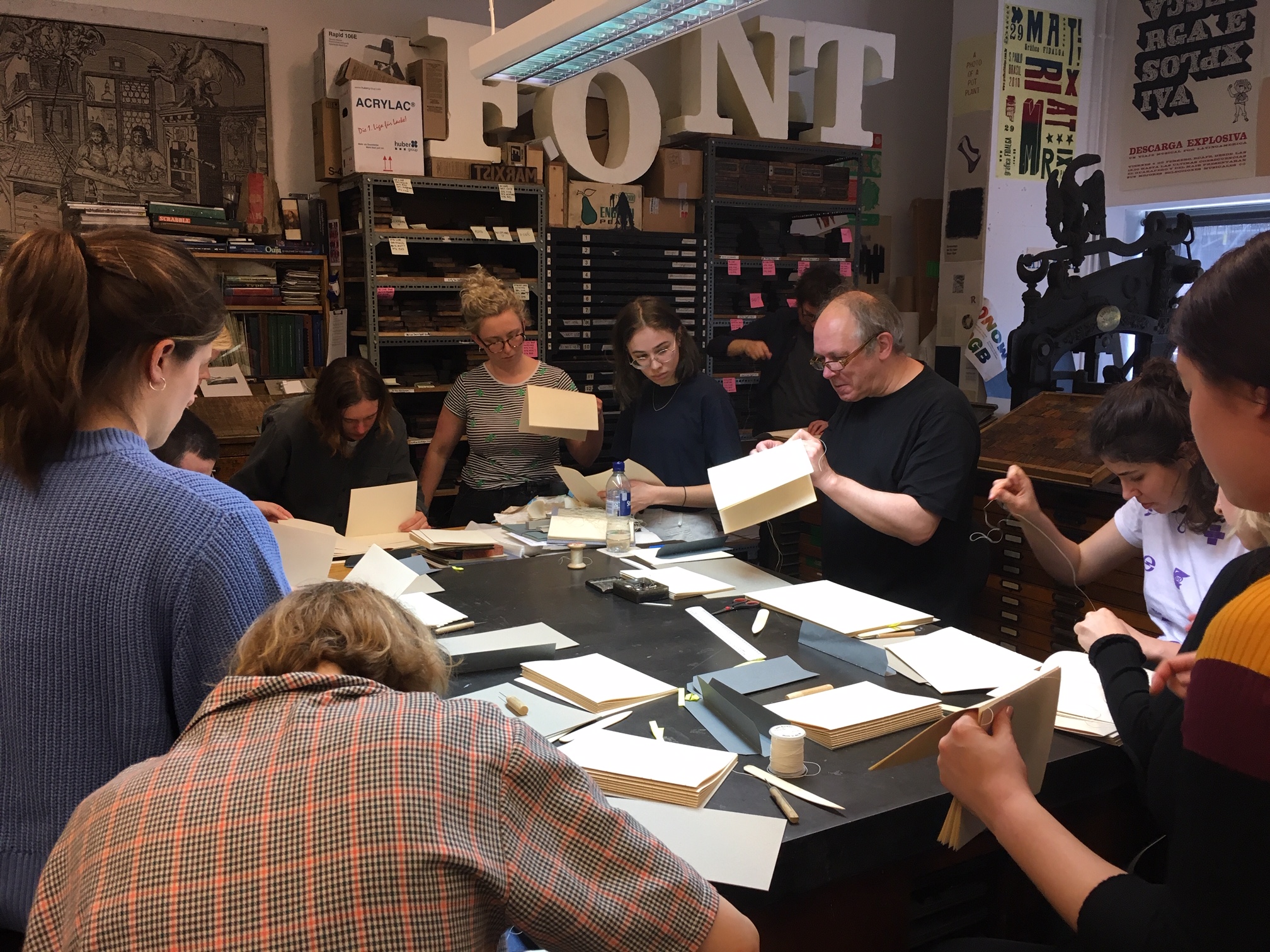 Tom is a multi-award winning design and craft bookbinder working from studio premises on Irvine's historic harbourside area where he produces work on commission or for exhibition. His work is expressive in nature and a direct response to interpreting and processing the text of a book.Examples of his work are held in private and public collections in the UK, Europe and USA; including the National Library of Scotland and the British Library. He has had work exhibited at, amongst others; Yale Centre for British Art; Saatchi Gallery; V&A, London; Bauhaus Library; Nerima Art Museum, Tokyo; Houghton Library, Harvard & Bodleian Library, Oxford. He was winner of the Mansfield Medal in 2012 & 2013 and was elected Fellow of Designer Bookbinders in 2014. On 2014, 2017, & 2019 Tom was commissioned to design and execute bindings for shortlisted Booker Prize entries. Tom is a visiting tutor and lecturer at various art schools, universities and colleges. He also offers classes or one-to-one private tuition from his bindery with optional progression to City & Guilds Bookbinding certification.