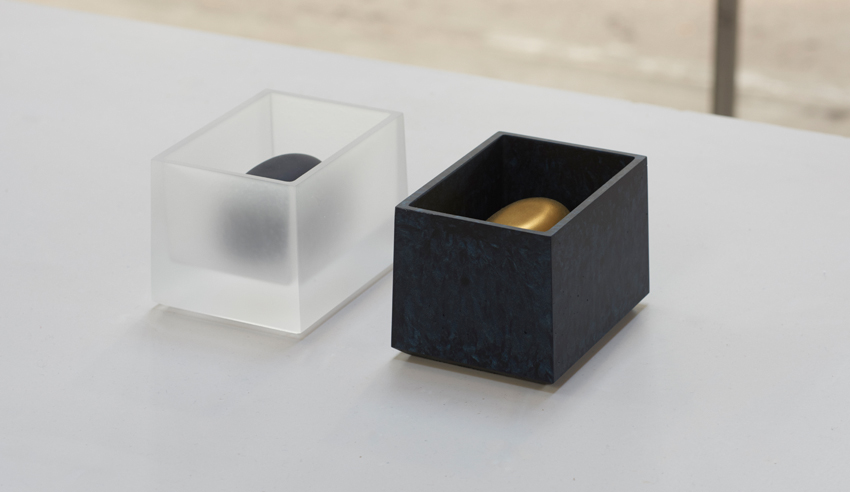 Craft Scotland is thrilled to announce that The Craft Scotland Prize 2016 was awarded to Andrea Walsh for her piece Contained Boxes.

Now in its second year, The Craft Scotland Prize (£500) is awarded to a piece of outstanding design and craftsmanship in Visual Art Scotland's annual exhibition. It is open to emerging and established makers who are living and working in Scotland.

Based in Edinburgh, Andrea Walsh is an artist who's work is an exploration of the box and vessel form. She explores ideas of containment, materiality, preciousness and value, through considered and exquisitely tactile objects which communicate with the viewer notably through their intimate scale. To create elegantly crafted, timeless and unique pieces, she uses a range of materials including ceramics, glass and metal. After completing her master's degree in Glass at Edinburgh College of Art (ECA),she set up her studio in 2005. Andrea's work is included in private and public collections worldwide, including the renowned Victoria & Albert Museum in London, and the National Museum of Scotland in Edinburgh.

“Walsh’s work seems the antithesis of the fleeting surfaces of contemporary life and yet the forms are free of the pastiche or anachronism of the self-consciously crafted thing. They possess instead what the American art historian Keith Moxey describes as a vital heterochronicity – a capacity to unfold many time worlds simultaneously through the precision and poetry of the forms.”

The annual Visual Arts Scotland exhibition in the stunning The Royal Scottish Academy Building is a must-see! The open submission exhibition FLY 2016 allows artists, designers and makers working across all disciplines to showcase their work.

You can see the Celebrates Ceramics showcase at FLY 2016, a partnership between Visual Arts Scotland (VAS) and Craft Scotland. Susan O’Byrne, James Rigler and Dawn Youll were specially invited to present work that is at the intersection of art, architecture, design and craft. This is the first showcase in a series that will shine a spotlight on a different craft discipline each year. Want more? You can discover more about these makers and their craft practices during our Meet Your Maker event at the Hands-On Day on Sunday 11 December. 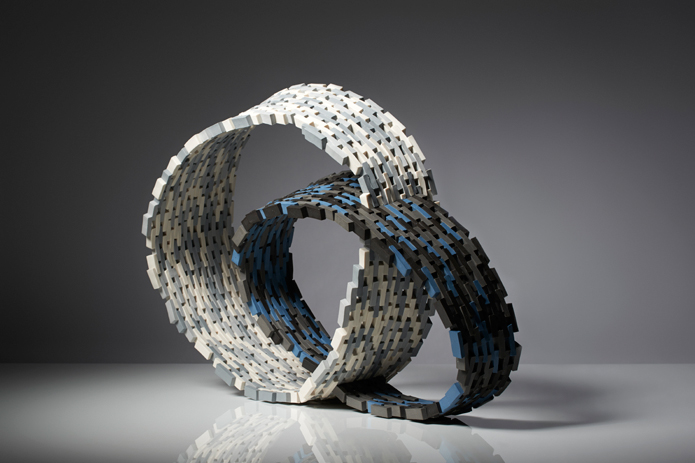 The calibre of craft on show at FLY 2016 is exceptionally high and Craft Scotland would like to give an honourable mention to both Mella Shaw and CHALK by Ffion Blench and Stephen Blench. Mella Shaw's work (seen above) explores tipping points, thresholds and edges. She is excited by the inherent versatility and richness of opportunity provided by ceramics as a material.

CHALK by Ffion Blench and Stephen Blench is decorative plasterwork created using traditional techniques in a contemporary way. Ffion and Stephen enjoy creating patterns and forms which manipulate light and create elegant tones. They have previously worked on prestigious restoration projects such as Stirling Castle, The Assembly Rooms and Blair Atholl Castle.

FLY 2016 is on display in the Royal Scottish Academy Building in Edinburgh until Tuesday 27 December 2016. You can find out more about the exhibition on the VAS website. Find out more about Meet Your Maker at the Hands On Day on Sunday 11 December over on our What's on pages.