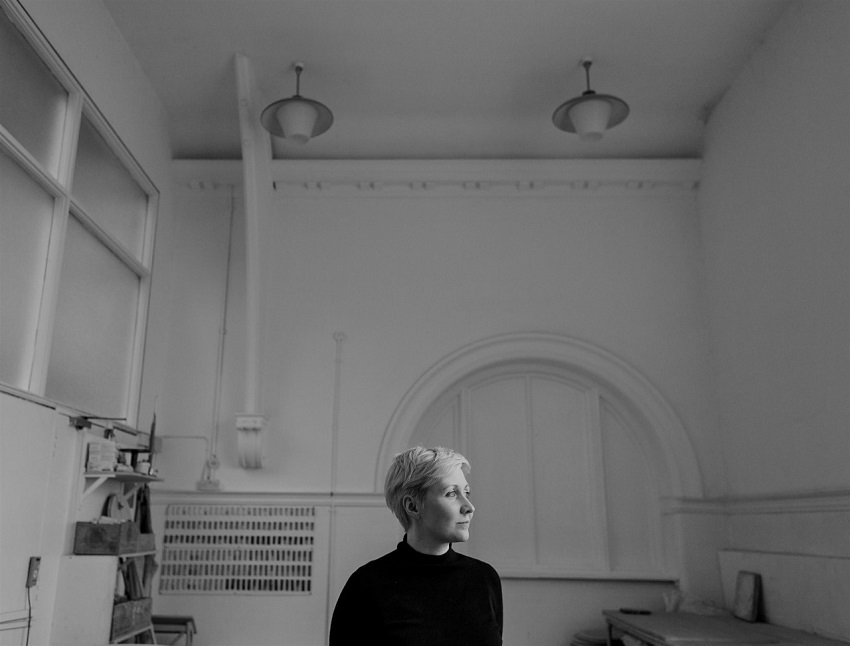 Continuing our four-part series exploring how Scotland-based makers have been maintaining their craft business since the lockdown began. Read Part One with Cally Booker, Part Three with Joanna Kessel and Part Four with James Donald.

In Part Two, Emily reflects on relocating during the pandemic and forming a new collection using green wood.

Emily is trained as an architect and works as a woodturner. Together with her partner Jono Smart, they produce functional pottery and turned wood from their large, minimal studio within a converted Whisky Bond in central Glasgow, Scotland. They also combine efforts to make sculptural works and installations.

I am fascinated by trees and timber. I have been working with them for the last six years, first as an architect in a small rural practice and now as a turner. Each piece of timber comes with its own history and character, so my job is to uncover and reveal this as best I can.

Architecture and woodturning both took hold of me in a similar way. Though they are rather different in scale, they both encourage the exploration of material, from composition and beauty. In woodturning I found a place where I could put all of my thoughts and ideas into my work. I could explore these fairly quickly and, through my own hand, produce pieces that were a reflection of me. Although I miss architecture, I have found moving from one discipline to the other to be incredibly freeing and exciting.

“It has prompted us to look at what we thought we wanted and to re-assess.” 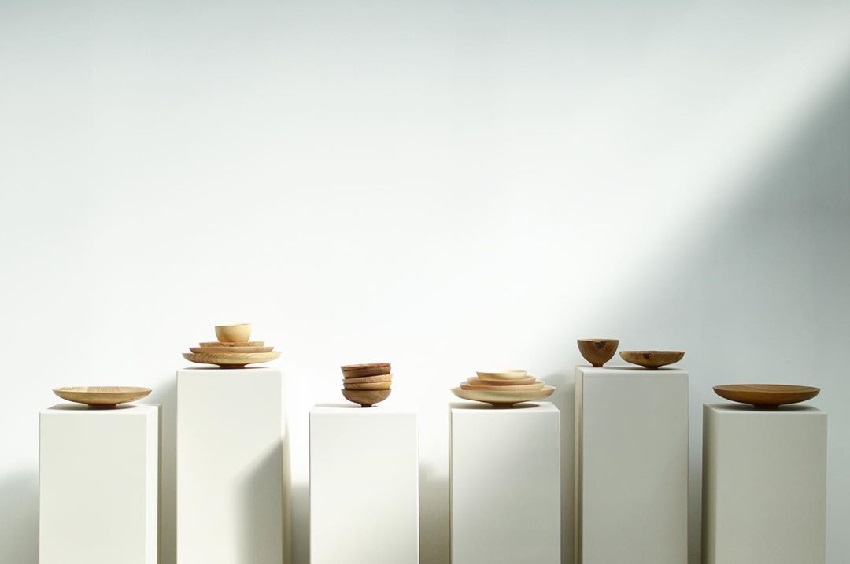 Both myself and my partner Jono work in craft. The last few months have given us a lot of time to think and talk about our work, our studios and our set up. It has prompted us to look at what we thought we wanted and to re-assess. We’ve made a pretty big life decision and have decided to move to the countryside. We’ve just bought a cottage with a large steading that we’ll convert into our studios, as well as some land for growing our own garden and maybe some vegetables.

I haven’t been able to turn very often during the last few months, however I am hoping that the countryside move will bring more time, space and creative freedom to my studio.

“My time is spent turning, sanding, waxing and finishing pieces, as well as working in the pottery studio with my partner.”

My work is usually very physical. My time is spent turning, sanding, waxing and finishing pieces, as well as working in the pottery studio with my partner. I spent the first month of lock down at home and it was strange to be away from what I do. It was initially a little anxious time but after the first few weeks I was able to relax and I spent some time reading, researching and exploring ideas on paper. 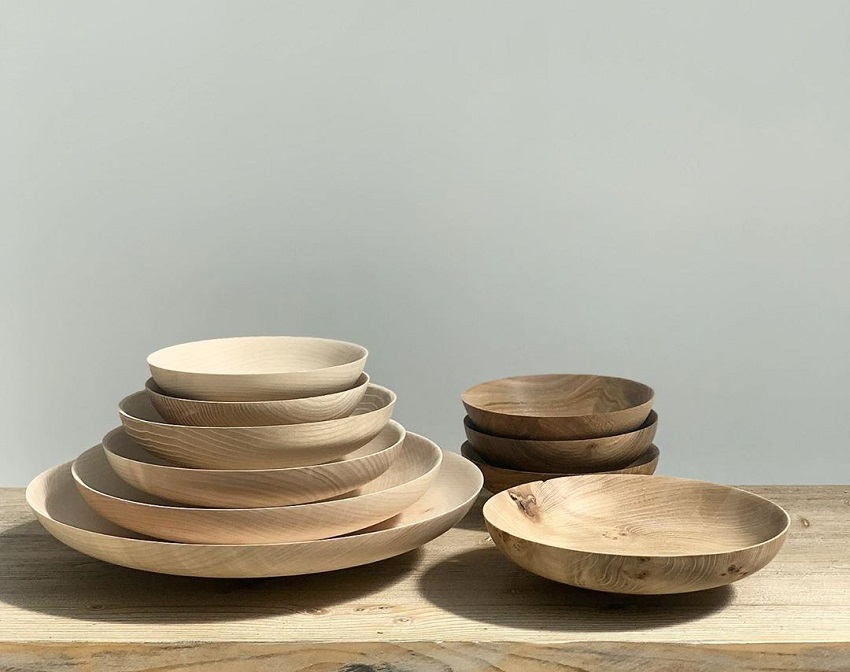 After four weeks, both myself and my partner returned to our studios, as we are able to work alone, and it was wonderful to be back.

House hunting and planning and preparing our move has been a wonderful distraction during this time.

My work is currently focused on minimal hand turned bowls and cups from character timber. I am still at a very early stage in my work and have a lot to explore and these pieces were always planned as a first step into turning and woodwork.

With the move to the countryside and more space and access to nature, I am hoping to start working with large pieces of green wood, turning and carving at a bigger scale and exploring sculptural work.

Reflections on Lockdown is a four part series which explores the experiences of four makers based in Scotland during lockdown. Read Part One with Cally Booker, Part Three with Joanna Kessel and Part Four with James Donald.