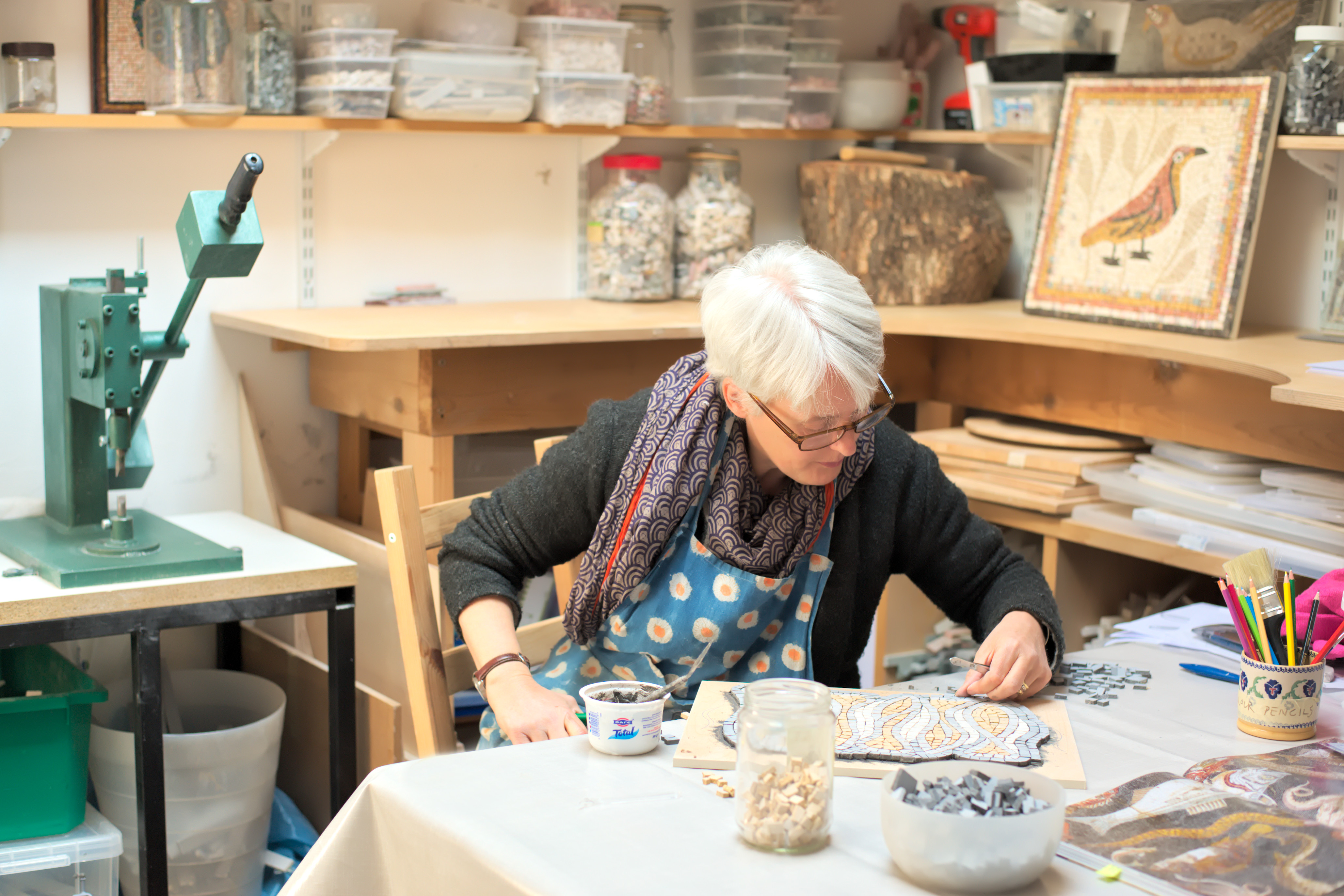 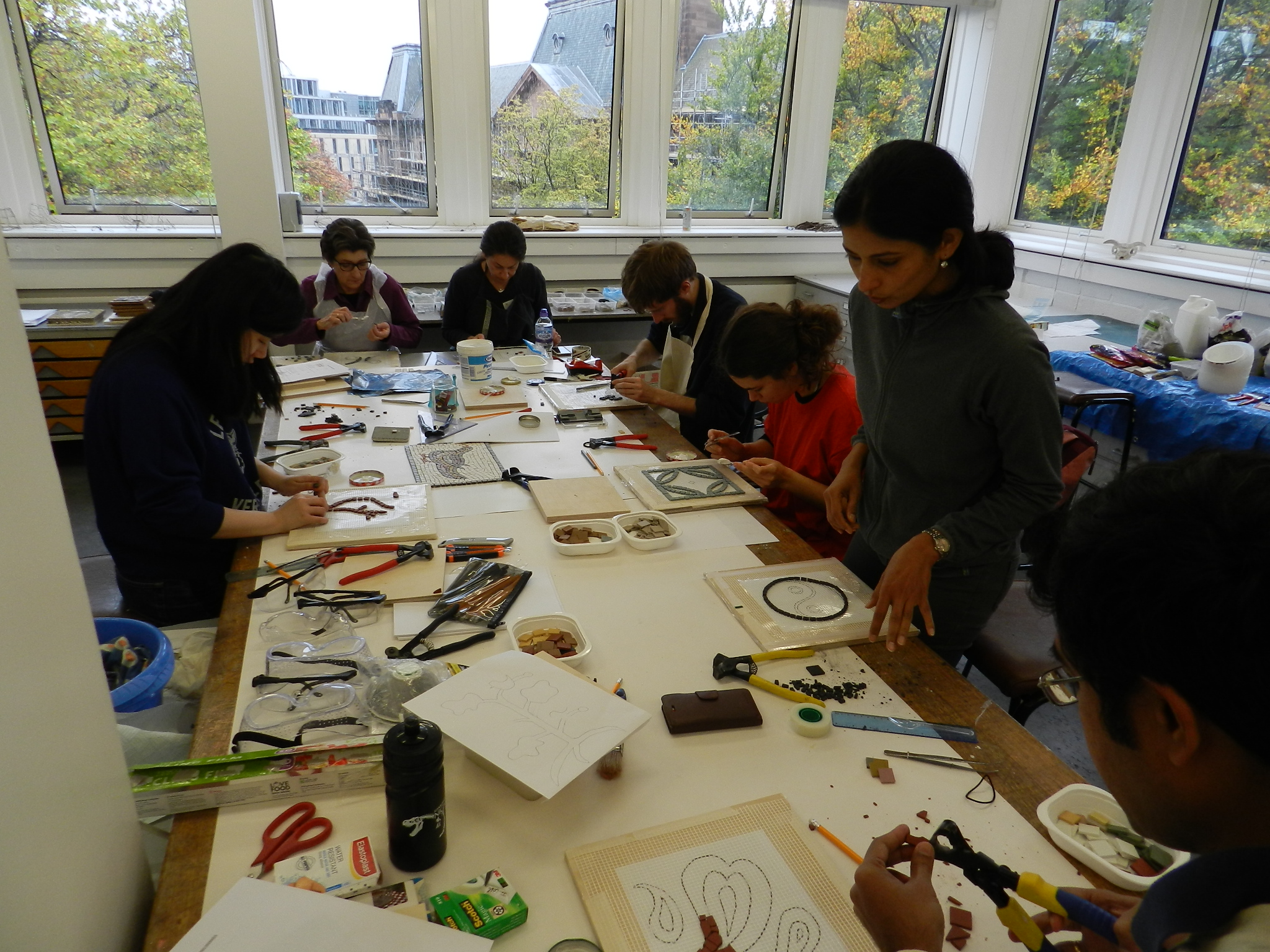 Helen Miles trained with mastercraftsmen in Greece who taught using traditional methods with a focus on Byzantine iconography. She later became interested in Roman mosaics and now makes contemporary pieces inspired by ancient designs.Born in Glasgow in 1963, Helen studied English at Oxford University before moving to America and the Middle East to work as a journalist. It was in 2003 while living in Thessaloniki in Greece, that she began to study mosaics in the Byzantine tradition. This led to an interest in Roman mosaics and her passion for them went on to become a full time profession.Helen Miles is based in Edinburgh and specializes in using Greek stone and marble as well as ceramic. Her aim is to preserve the simplicity and directness of early mosaics while producing works which suit our the way we live now.