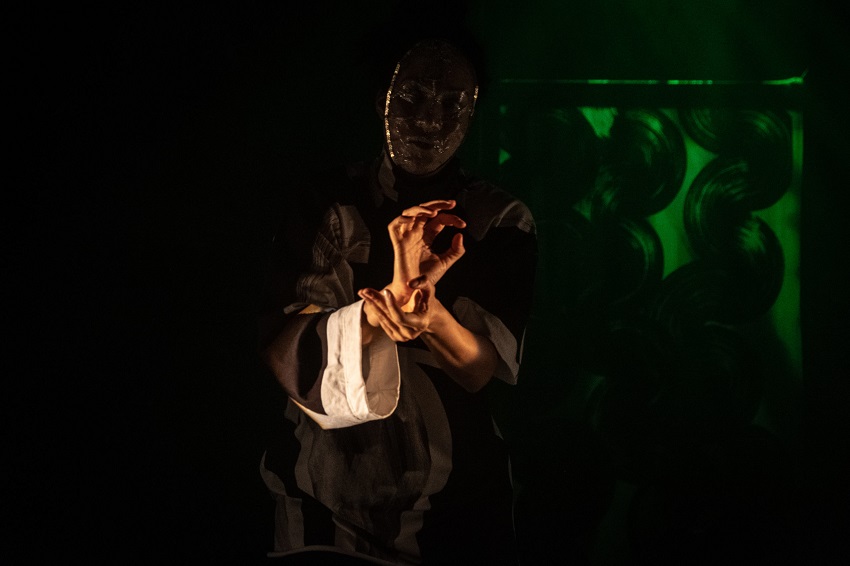 In this month's The Craft Edit, we bring you the latest inspiring stories from makers and craft organisations across Scotland.

Hear about the Scotland-based makers working on unique collaborations and a new support fund for Scotland’s BIPOC makers. Plus, hear about the textile designer who received VACMA funding for a project inspired by Aberdeen’s stark landscape.

Textile designer Zephyr Liddell has partnered with visual artist Ashanti Harris and sound artist Patricia Panther on an exciting new project. JUMBIES is an exploration of the visible and the invisible across intersecting art forms and artistic practices. Taking its title from the jumbie – a Caribbean colloquial for ghost – the project combines dance, sound, and printed textiles to create a performative space of layered apparitions and re-presentations.

Filmed at The Pyramid at Anderston community centre in Glasgow, the 360-performance work is accompanied by a printed publication, edited by Panel. This publication combines new writing and illustration by the artists, alongside commissioned texts by Raisa Kabir, Marie O’Connor and Ranjana Thapalyal.

A digital version of this publication along with the 360 video, audio and visual transcriptions will also be available via Glasgow International 2021 online digital programme from Sunday 11 June 2021. Learn more: glasgowinternational.org/events/jumbies

Sheet glassblowing and hand kilt-making are amongst the heritage crafts that have been added to a red list of skills heading for imminent extinction in the UK.

Drawn up by researchers for the Heritage Crafts Association (HCA), these crafts are defined as critically endangered - meaning they have very few practitioners, small numbers of trainees and a lack of viable routes for the skills to be passed on.

Other crafts added to the red list include bowed-felt hat-making, hazel basket-making, Shetland lace-knitting and silver-spinning, with the list totalling to 130 crafts marked endangered.

The HCA Red List of Endangered Crafts, first published in 2017, was the first report of its kind to rank traditional crafts by the likelihood they would survive to the next generation.

Heritage Crafts Association is the only UK UNESCO-accredited NGO working primarily in the domain of traditional craftsmanship. See the full list at: heritagecrafts.org.uk/redlist 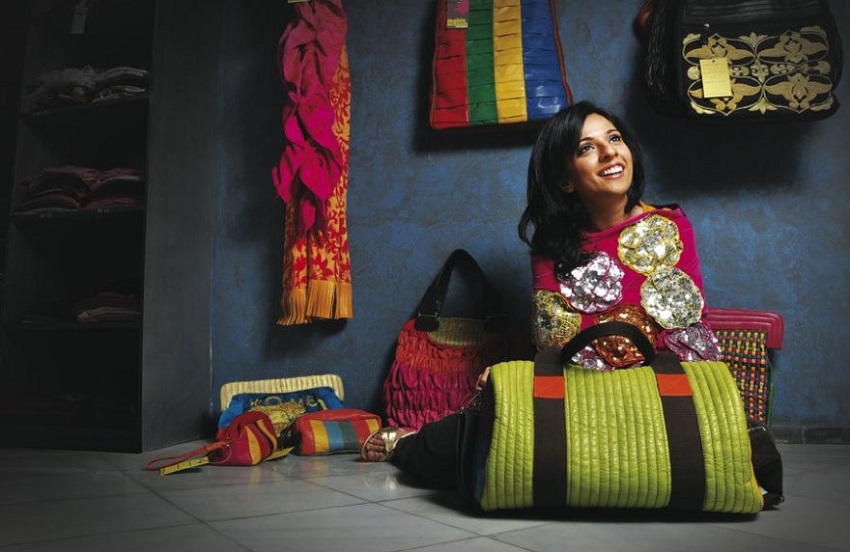 Hailing from the bright and colourful land of Pakistan and now based in the UK, Mahin Hussain is a print designer and visual artist.

Her work is inspired by her childhood and the iconic cultural imagery of Pakistan. Her current collection is a nod to the quirky symbolism around her, reimagined in her signature strong colourful style.

Mahin was awarded the Visual Artist and Craft Maker Awards (VACMA) grant and intends to explore the idea of a new city through the eyes of an outsider – exploring Aberdeen’s stark granite beauty. The project titled Things I see will be using collage as the primary medium to elevate the everyday visuals into multi-layered, complex prints that provide harmony and perspective.

More than 200 artists and makers have signed up for Perthshire Open Studios as the region emerges from lockdown restrictions.

Jeweller Alan Lewis and ceramicist Ceri White are amongst the participants, with the full list soon to be revealed.

Changes have been made to the usual format which will give visitors the maximum opportunity to meet artists in the surroundings where they work, as well as explore their work in two showcase exhibitions held at The Bield at Blackruthven, and Birnam Arts Centre.

There will also be an exhibition of Green Route artists' work at Strathearn Arts in Crieff where several working artists will be based.

The event will take place from Saturday 4 to Sunday 12 September 2021, opening with the first showcase exhibition at The Bield. Following Coronavirus (COVID-19) safety precautions, the exhibition will provide a taster of the art and craftwork of many of the artists, as well as hosting four exhibiting artists including furniture maker Angus Ross.

Explore the full programme at: perthshireopenstudios.com

Scotland's makers and craft destinations are increasingly exploring new funding models to strengthen their creative and business practice - allowing them to explore giving back to the community, sustainable methods, expanding their teaching practice or fundraising for all-important equipment.

Each month, we will bring you news of interesting live projects that are self-initiated by makers and craft organisations. If you are interested to learn more, get in touch with the organisers directly.

A new fund set up by We Are Here Scotland aims to provide Black, Indigenous, and People of Colour (BIPOC) artists, makers and creatives with funding opportunities that will help them progress in their professional development.

Within Scotland's creative industries there remains a significant lack of consistent BIPOC representation or sustained development opportunities that allow us to showcase our work to a wider mainstream audience.

Founded by Ica Headlam, We Are Here Scotland was established to ensure that there is a platform that supports and amplifies the voices of BIPOC artists and creatives in Scotland.

If the target goal is successfully reached, they aim to support two different individuals/groups who will each receive £500, each month for a six-month period in 2021.

Wasps is a charity that has been providing workspace to artists in Scotland for over 40 years.

They aim to raise £25,768 of the final funding needed to complete Inverness Creative Academy, which will provide a new home for art and creativity in the Highlands.

Originally home to Inverness Royal Academy, and later Inverness College, Wasps aims to transform the Victorian school into a vibrant creative hub, where artists, creative professionals, and cultural organisations can work together.

This new, inspirational facility will support both established and emerging talent, and make the grand central space accessible to the public for the first time, with a permanent exhibition space that is free to visit, and a cafe. Learn more about the project: artfund.org/get-involved/art-happens/illuminate-creativity-in-the-highlands

The New York Times: What We Learned From a Year of Crafting

BBC Shorts: The Art of Blacksmithing with Agnes Jones

Share your news with Craft Scotland. Email a press release and quality photography to hello@craftscotland.org.