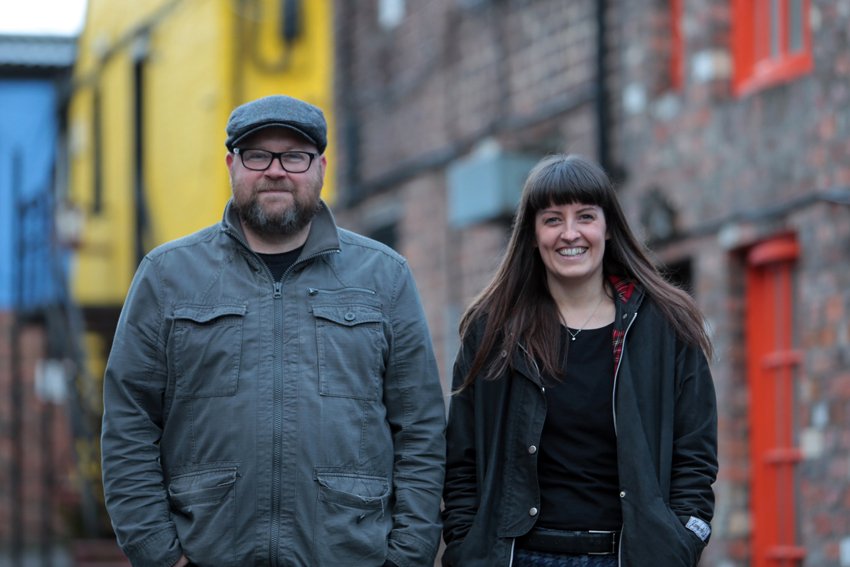 Welcome to our new feature, the Craft Edit, where we bring you snippets of news from the sector.

This month we have six news stories bringing you a highlight of what our makers have been up to in the last few months. We hear about some big developments within established craft organisations, find out who’s winning awards, get a feel for the state of the craft sector in Scotland and learn how to get our hands on tools.

The works of Scotland’s outstanding graduate makers were recognised on Wednesday evening, as the winners of the now annual Inches Carr Trust Graduate Awards were announced.

Now in its twentieth year, the Inches Carr Craft Bursary awards were also awarded, each for £5,000. The winning established Scottish makers were James Rigler and Lynne MacLachlan-Eastwood. The purpose of the bursaries is to help established makers push the boundaries of their practice and to make innovative new developments in their work.

Congratulations to all the winners, and finalists Elizabeth Jane Campbell, Rhona McCallum, Hazel Thorn and Jordane Symington, we can’t wait to see what you do next!

The new Vanilla Ink Jewellery School will bridge the gap from education to industry. Vanilla Ink founder Kate Pickering has teamed up with goldsmith Scott McIntyre to inspire, educate and empower the jewellery and silversmithing industry. They hope the new School will mould the next generation of goldsmiths who, in turn, will shape and grow the jewellery trade across Scotland.

The School will improve on the existing model of Vanilla Ink Studios. Currently, they run a programme of professional development sessions, one-to-one mentoring and access to a fully-equipped studio. After three successful years, Vanilla Ink has now committed to a fantastic new space based in Glasgow’s Hidden Lane.

In order to build the workshop, Vanilla Ink has launched a crowdfunding campaign. Through this, they hope to raise funds to equip the school for catering to the complete beginner and those interested in starting a career in the industry, all the way to the established maker and industry professional. You can help them open their doors at the end of May by contributing to their crowdfunding campaign.

The State of the Sector

In February this year, we asked makers in the Craft Scotland network how they felt about the Scottish craft sector. This was collated for us by Dr Joanna Bletcher, and we are happy to now be able to share that research.

The State of the Sector survey results hope to act as a follow-on from the last piece of major research devised to examine the craft sector: Craft in an Age of Change, commissioned in 2011. We wanted to find out what changes, if any, have happened since this last piece of research and uncover what needs the Scottish craft sector now has.

You can read our State of the Sector report on the Craft Scotland website now, and get a feel for our findings. Think we missed something? We aim to develop this small-scale tracking study year-on-year so we can track sector trends. Tell us what you think about our sector, and we can keep building on our research.

The Glasgow Tool Library (GTL) will be a tool resource centre and hire service in the Speirs Lock area of north Glasgow, launching in summer of 2017. They will provide a library of tools and useful resources to share with the people and communities of Glasgow. You can borrow tools for anything from practical DIY, gardening and home improvements, to furniture making and artistic projects.

The GTL’s goal is to challenge the unsustainable relationship between use and ownership. They look to build a sustainable economy based on collaboration, inclusivity and sharing. They are currently collecting tools and resources, and aim to be a fully-functional service in the next couple of months.

If you want to get involved, GTL is hosting a launch event as part of Glasgow Open House Festival on Sunday 30 April at The Glue Factory. You can go along for the day and build household structures using recycled materials, based on four domestic themes: Bedroom, Kitchen, Living Room and Dining Room. Your completed furniture or structures will be used to create a collaborative house. The work will then be exhibited to the public at our launch event and exhibition opening, with food, drink and music. Find out more about the Glasgow Tool Library’s event on Facebook.

The industry organisation formerly known as the STLA (Scottish Textile and Leather Association) has recently rebranded as Textiles Scotland.

CEO David Breckenridge says, “The Scottish Textile & Leather Association is delighted to announce that we will be re-branding under the banner of Textiles Scotland as from April 2017. …The STLA has played a leading role in the development of initiatives in key areas such as skills and innovation. We remain committed to ensuring that projects which support our businesses, from micro design-led companies through to large-scale knitwear and leather manufacturers, develop the skills of the workforce in a structured manner and continue to increase the capacity for innovation. In 2016, following considerable consultation with our members, we agreed a new strategy for the fashion, textile and leather industry in Scotland. This is important because it establishes a framework around which support from various government agencies can be formed.”

Visit the new and improved Textiles Scotland website for more information on how they can support your growth in the textile industry.

Highly commended designs, category winners, and the overall winner were announced at the Fair Luxury (FLUX) 2017 conference in Birmingham on Tuesday 25 April. This is the first year the awards have run, recognising up-and-coming talent within the jewellery design industry.

Angela was awarded £500 and a work experience placement with Ingle & Rhode, who will also transform her design into a finished piece of jewellery. Angela will exhibit the piece at her end-of-year show and New Designers exhibition before it is auctioned by Ingle & Rhode to raise money for the Fairtrade Foundation.

You can find out more about the awards on the Ingle and Rhode blog.

We’re always on the lookout for the latest in Scottish craft news. If you have any stories you would like to share, send your news to hello@craftscotland.org.