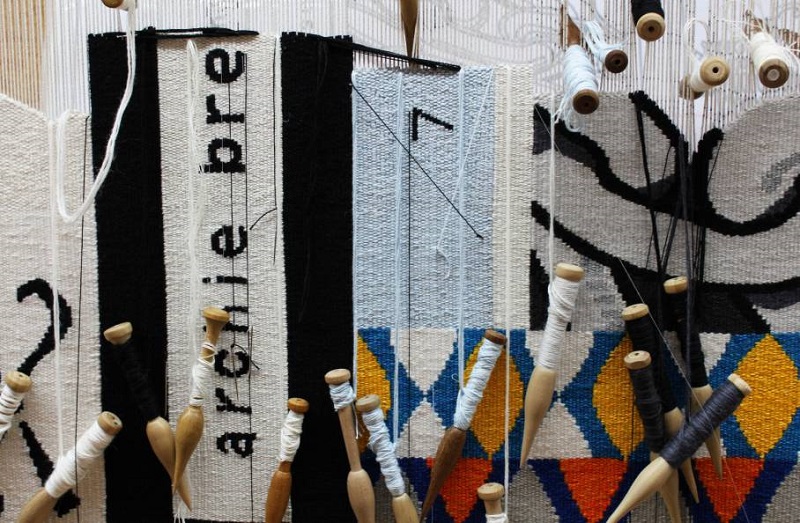 Dovecot Studios have surpassed their target for their recent Art Happens campaign. The campaign, which raised over £25,000 (28% over the set target of £20,000), will tell the story of Scottish weaver and pop artist Archie Brennan. Art Happens with Art Fund is the UK’s only crowdfunding platform for museums and galleries.

Archie Brennan (1931-2019) began his 60-year weaving career at Dovecot Studios in his home city, Edinburgh. From Australia to Papua New Guinea, he inspired weavers all over the world and became the undisputed master of modern tapestry, as well a sharp and talented pop artist. Despite Archie’s huge influence in both the weaving and art world, there has never been a major exhibition of his work until now.

The campaign launched in July of this year, ran for just 30 days and reached £25,633 on the 24 July 2020. Exclusive rewards were offered to those making donations over £15, including a weaving kit by Victoria Crowe, plus prints by Callum Innes and Duggie Fields.

The additional funds raised will go towards sourcing and shipping Archie’s work. As he lived abroad for much of his life, seminal tapestries are held in collections all over the world and this will allow Dovecot Studios to seek these out.

The launch date of the exhibition is still to be announced, however Dovecot Studios has now re-opened since the easing of lockdown restrictions due to the pandemic. A number of new measures have been put in place to provide visitors with the best and safest experience possible, learn more before you visit.

Earlier this month the UK Government pledged £97m for culture and heritage in Scotland. This is a share of a £1.57bn fund and is intended to protect cultural venues from closure. The Scottish Government followed with a separate £10m fund for arts venues.

Creative Scotland is working closely with the Scottish Government to actively consider what further support can be given to the culture sector, including those who may not have received funding previously.

To learn more about funding available during the pandemic, please read our Financial Toolkit. 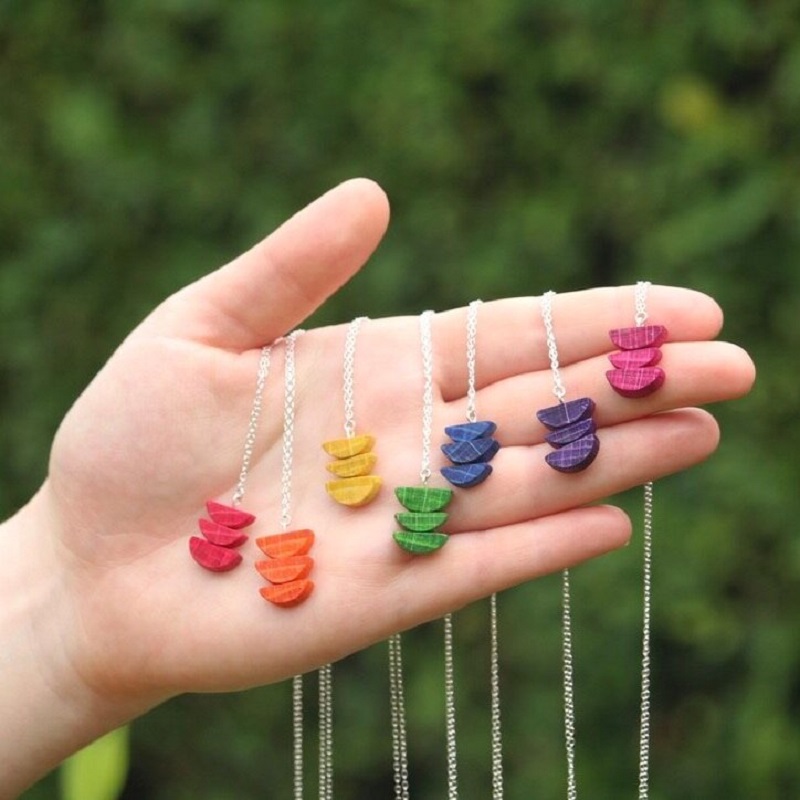 Silversmith Caitlin Hegney has created a new jewellery collection to help raise funds for a Coronavirus (COVID-19) memorial garden for Scotland. The new range, released earlier in June, includes earrings and necklaces made of silver and reclaimed wood, all in limited-edition colours.

All proceedings will go towards the cost of creating a memorial garden in Pollok Country Park in Glasgow to commemorate all those who have lost their lives to COVID-19. The campaign was, launched by Scottish newspaper The Herald in June, has callinged for a volunteer army to come forward and help The Garden of Remembrance campaign, which has set a fund-raising target of £50,000.

Backed by First Minister Nicola Sturgeon, along with cross-party support, Glasgow City Council has offered to make a site available at Pollok Country Park for the memorial garden.

Caitlin, who grew up in Helensburgh, said she was inspired to give her support to the project due her previous work at Geilston Garden in Cardross.

Caitlin’s new collection can be bought from a dedicated section on her website.

The traditional craft of rush seat chairmaking, which dates back to the 1880s, was in danger of dying out until two young craftsmen, Sam Cooper and Richard Platt stepped in.

Sam and Richard are keeping alive the tradition in a line that has been unbroken for six generations, by opening a new workshop at Marchmont House in the Scottish Borders.

Lawrence Neal, thought to be the last UK craftsman earning his living from making rush seated ladderback chairs, had been looking to retire from his workshop in Stockton, Warwickshire, after half a century. As the keeper of furniture-making practices dating back to the 19th century, Sam and Richard have helped to secure his legacy by creating a new workshop at Marchmont House.

The Marchmont Workshop is a new centre specifically designed and equipped to continue a craft that might have otherwise faced extinction. After completing two years as apprentices, Sam and Richard will be the sixth generation to make chairs to specific designs handed down from Arts and Crafts luminaries such as Ernest Gimson, Edward Gardiner and Philip Clissett.

Rush seated ladderback chairs were popular with the Arts and Crafts movement because they embodied its values of fine traditional craft making, inspired by nature and offering practicality, simplicity and beauty. Both Sam and Richard plan to innovate this tradition by experimenting with Scottish woods such as sycamore and beech, they also hope to put an emphasis of sustainability.

The new workshop was set up by Marchmont House’s Director, Hugo Burge. Hugo and his father, Oliver Burge, haves restored the mansion near Greenlaw, with the help of his father Oliver Burge, with the idea of making it a home for artists and makers.

As Marchmont House already boasts a collection of around 150 antique rush seat ladder back chairs, this new venture means it is playing a role in the future of the craft, as well as preserving its past. 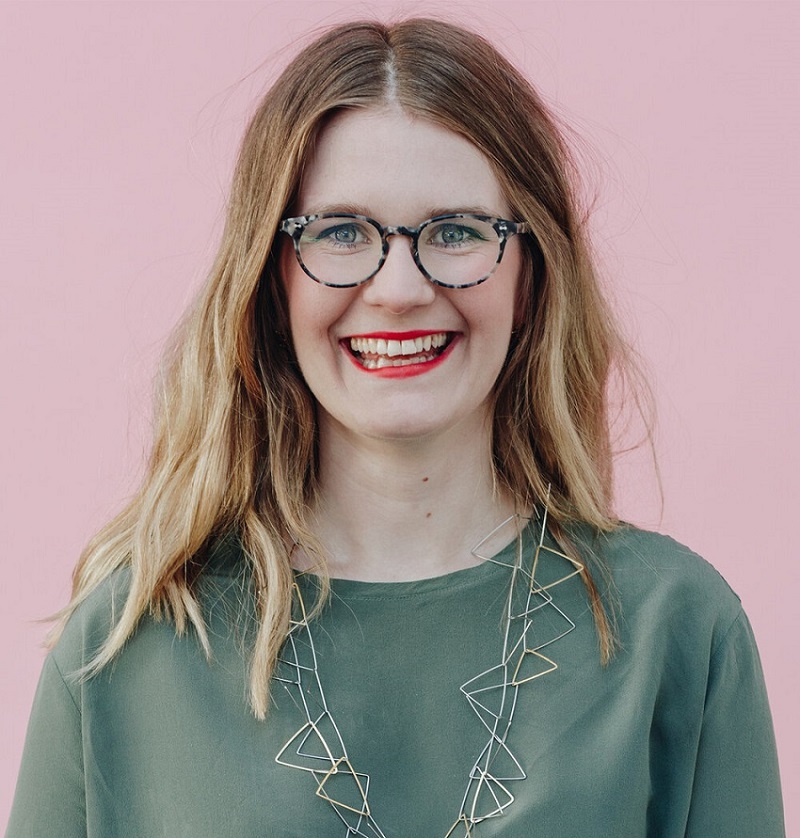 In May of this year, jeweller Heather McDermott, launched her new podcast series The How Scotland Crafts Podcast, and has since stacked up an impressive list of Scotland’s makers including blacksmith Agnes Jones and jeweller Elizabeth Campbell.

Heather’s mission was to showcase makers from across Scotland. Growing up on the Isle of Skye, she became accustomed to working in an isolated setting and stresses the importance of being part of a wider community of makers. She explains:

“I’ve met so many makers from all types of industries throughout the years, from textiles, jewellery, ceramics and metalwork. Each one with unique stories to be heard.”

By launching this new podcast series, Heather aims to explore what inspires makers, where they work from and how they discovered their craft practice.

You can listen to the podcast through Spotify or Acast.