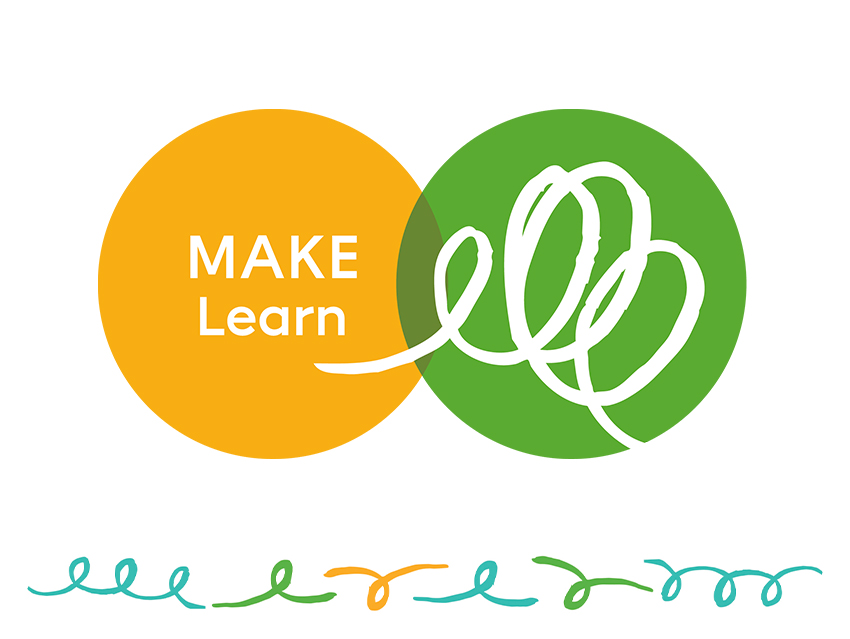 With an estimated 3.2 million consumers of craft, the appreciation for Scotland’s internationally renowned craft sector is widespread and growing. Its future, however, is not assured. The effects of the Covid-19 pandemic on makers’ incomes are likely to be felt for years to come, and Scotland’s craft heritage is critically endangered.

Education plays a significant role in the overall character of the sector, but to date, little has been known about its make-up. Participation in craft is widespread, but it is not equal. Craft in schools is currently reliant on the interests, experience, knowledge, and skills of individual teachers and it is significantly under-resourced, with teachers increasingly spending their own money to buy materials and tools, and access professional development opportunities.

The loss of peripatetic art teachers in primary schools, reduced teaching time in BGE (Broad General Education) Art & Design at secondary level, as well as competing priorities in the Technologies curriculum have all contributed to reduced craft and making in the classroom.

MAKE Learn is a new campaign led by MAKE and Craft Scotland, designed to review the provision and development of craft education within Scotland’s primary and secondary schools and beyond. The campaign’s ambition is to ensure that every young person is given the opportunity to learn through craft and to develop material skills. Through this work, MAKE Learn aims to highlight the long-term value of teaching craft and making skills from early years through to further education and advocates for the inclusion of craft within Scotland’s education curriculum.

The value of learning about and putting craft skills into practice is well-proven. The physical act of making encourages young people to develop fine motor skills and manual dexterity, as well as helping to improve hand-eye coordination. Moving through the different stages of making, from concept and design to finished product, is a valuable and enjoyable means of enabling young people to develop problem-solving and decision-making skills, which are fundamental life skills.

Central to the MAKE Learn campaign is the ‘Craft and Making Education in Scotland Today’ report, authored by Rosemary James-Beith, which was launched on 6 October 2021 and shared with Scottish Ministers and policymakers for education and schools.

The report promotes craft's wellbeing and emotional resilience benefits; its role in understanding culture, identity and heritage; its capacity as a driver for ethics, values and skills to advance the green economy of the future; and its power as a tool to unlock learning across the curriculum.

It calls for a need to reverse the dematerialisation of education in Scotland’s schools - reintroducing teaching using tactile materials, alongside a focus on technology, and raising awareness of the benefits of craft teaching. The report also advocates for better resources for teaching craft in classrooms and a national strategy for material skills development in schools – to ensure that we can sustain and grow Scotland’s workforce for an industry that currently contributes over £70 million to the Scottish economy.

Key findings were delivered alongside the publication of nine MAKE Learn case studies, and an interactive craft education map for Scotland. The downloadable case studies detail exemplar initiatives, projects, and programmes being produced across Scotland despite current challenges. Together they show that craft and making is being delivered in ambitious ways, driving engagement in learning, building transferable life skills, contributing to attainment and employability, preserving Scotland’s material heritage, developing the future craft sector, and supporting the next generation to respond to the climate emergency. The MAKE Learn map is a new online directory that aims to make visible this network of craft and making education activity taking place across the country.

Despite this growing participation, craft activity in education is fragile. Projects remain small-scale, locally focused, and short-term, leaving little behind in terms of documentation or evaluation. Access to funding and resources is seen as the biggest barrier or challenge to developing craft education in Scotland by makers.

Against this backdrop, the Pilot Schools Project, led by maker Soizig Carey, was developed as a model for craft education in the classroom, with the potential to be delivered nationally. Its goal was to address key gaps in participation, confidence and material and resource accessibility, and to measure the proposed impact of strengthening the craft sector in Scotland across the key themes of:

For the project, makers Deirdre Nelson, Stefanie Ying Lin Cheong and Eve Eunson were invited to develop three distinct craft activities. Each explored traditional craft practice in Scotland; materials and their connection to place and the natural world; and the circular economy. 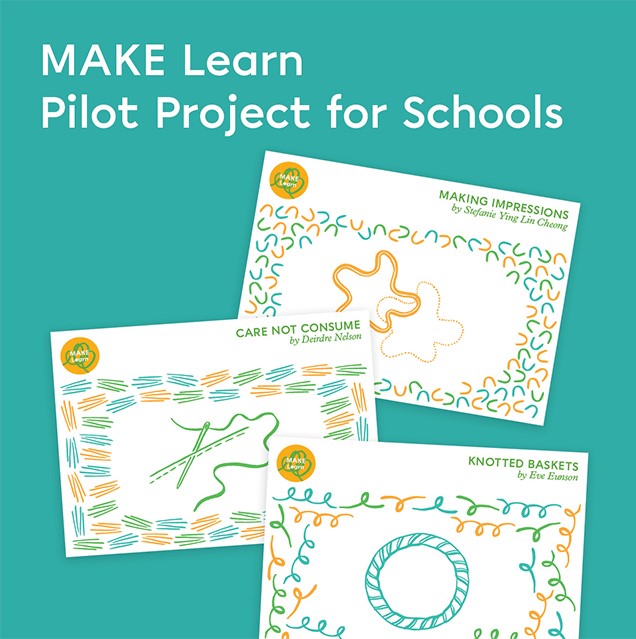 MAKE Learn in the classroom

Elspeth McCoull, Head Teacher at Glendale Gaelic Primary School commented: “At a time when children are spending increasing amounts of time on screens, particularly as a result of home schooling during the pandemic, it is hugely valuable for schools to have space in the curriculum to explore physical, tactile materials. Craft learning is also a wonderful way to give pupils a context for wider discussions about our culture, history and sustainability of resources. At the school, we look forward to further developing these workshops as part of our Gaelic language teaching and connecting with craft practitioners from older generations of families and communities near our school.”

This view was echoed across the teachers’ responses to the project, alongside agreement on craft’s practical role in developing material knowledge and transferrable problem solving and life skills, all of which can lead to wider employability. On delivering Deirdre Nelson’s ‘Care Not Consume’ activity, a teacher at Glendale Gaelic Primary said:

“Encouraging creativity is important as it helps young people develop their own ideas and practical skills. Learning about making can serve as an anchor for so many other curricular elements.”

A teacher at St Benedicts Primary School, where Stefanie Cheong’s ‘Making Impressions’ activity was delivered, commented: “The activities were inclusive so all learners could take part and experience success, building their confidence. They also enjoyed helping each other and developed their empathetic skills.”

In turn, feelings of achievement were recorded within comments from the pupils themselves: “We all completed our activity and it made me feel like I’ve just learnt something new in my life and I can actually use it. I felt so proud of myself when I finished.” (Pupil, St Andrew’s Primary School). 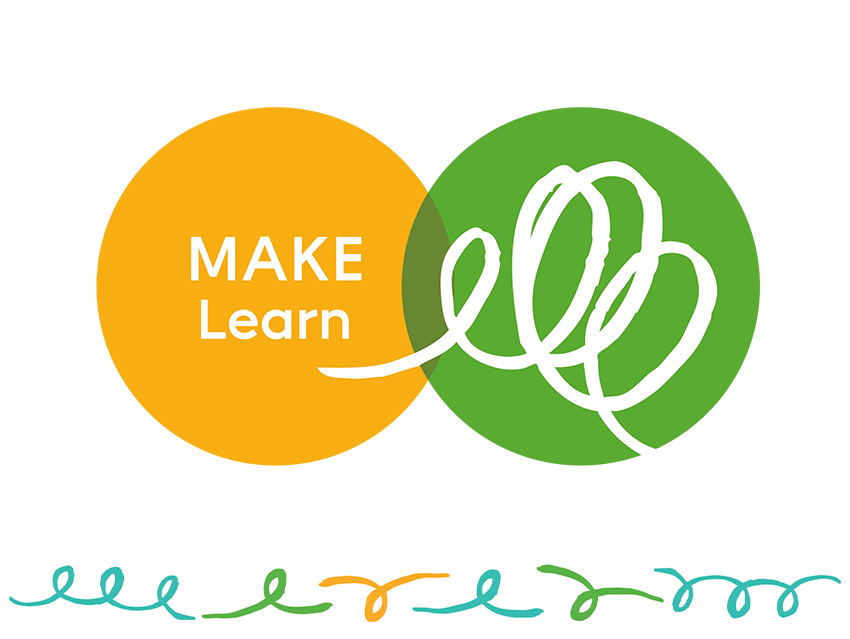 The MAKE Learn report and pilot schools project show that connections between craft and learning, attainment, and employability can and should contribute meaningfully to every young person’s learning experience, but that they are underdeveloped in Scotland’s cultural and education policy. Increasing awareness and appreciation for craft education’s contributions will support it to find a stronger position within the curriculum – ensuring a more equitable distribution of crafts known benefits to all learners in Scotland.

MAKE Learn is currently engaged in building this work through a programme of activity exploring craft's role within Scotland’s education curriculum, targeted at local and national government.

To find out more about MAKE Learn, read the report and download the resources, visit www.makemanifesto.com/make-learn

MAKE | Learn is a partnership between Panel (the founders and current custodians of MAKE) and Craft Scotland, and is funded by Creative Scotland as part of their targeted funding to strengthen the craft sector in Scotland.

'Craft and Making Education in Scotland Today' by Rosemary James-Beith is a set of three MAKE Learn research documents: A Research Report, Key Findings and Recommendations.

The MAKE Learn Pilot Project for Schools was developed and delivered by Soizig Carey.